by Dami
in Entertainment
Reading Time: 1 min read
A A
0

This update shared via Instagram on Sunday 14th of November 2021 confirms Wizkid as the firsthand only African to achieve such feat in the music scene.

Wizkif featured on the top 100 song chart along side international and global acts like Adele, Meek Mill, and Ed Sheeran.

Wizkid has had a wonderful run so far in 2021 as his Tems featured monster global smash hit Essence keeps breaking records such as scooping the second successive top 10 appearance on the US Billboard Chart.

The release by official a billboard Korea of their top 100 songs featured Wizkid’s Essence alongside Ed Sheeran’s Bad Habit and Adele’s Easy on Me. 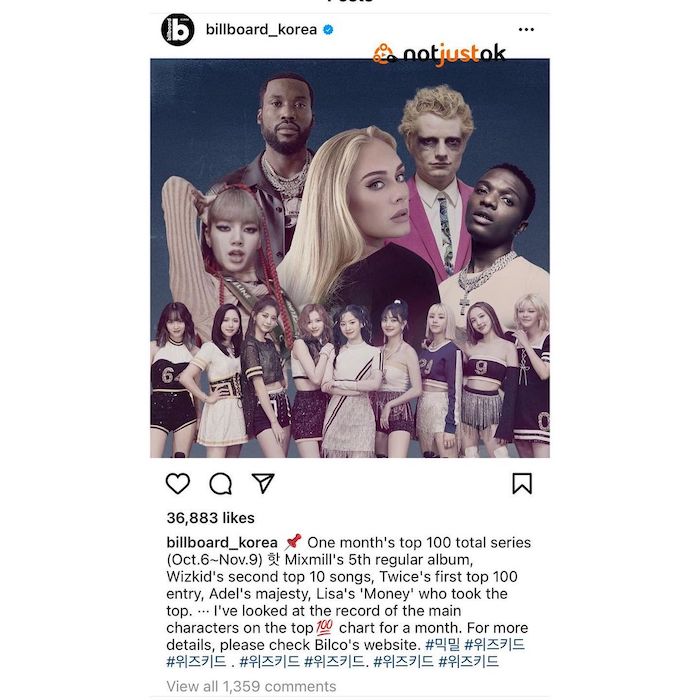