by Dami
in Music
Reading Time: 2 mins read
A A
0 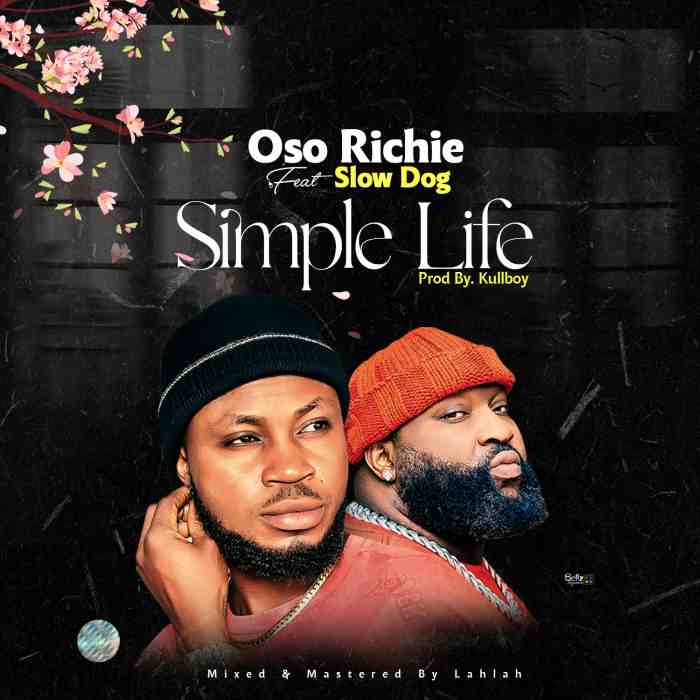 Afrobeat artiste, Ojomah Godswill Uche, better known as Oso Richie. SlimDaddy returns with this new song which he titles ‘Simple Life‘, Oso Richie comes through with a perfect blend of Amapiano and Afrobeat for your enjoyment.

Born Godswill Uche, “Godswill” as his family fondly calls him; he is known for his soulfully expressive vocals, humble attitude, passionate creativity, strength, and commitment to his music all while maintaining a vibe and eclectic energy. He released his first single in July 2 2018 titled, ‘Amaka Dance’ which caught the ears of Many,

In 2018, Oso Richie dropped hustle which gained major airplay and rocked major charts in Nigeria and beyond. Richie has been met with fan love from all over the country and the world at large as his social media followership increases daily.

His hard work is evident as he has been featured on about 7 songs since then. His whole body of work captures a unique, urban-afro vibey sound and represents a new era, which looks like would be here for a long time.

The new song “Simple life” is the first featured from Oso Richie after the success of his ‘Light Up‘ song released earlier this year 2021. For anyone who’s experienced the highs and lows of modern dating, or toed the line between playful flirtation and serious commitment, Oso Richie offers a highly relatable narrative. Punctuated with soulful vocals, humor, and a ton of energy, it’s a double album that explores two distinct moods on this jam he got featured by South East Rapgod “Slow Dog” which was mixed by lahlah smoke music.

What do you think about this song?

We want to hear from you all.