What manner of man is this ?- Jimmy Odukoya celebrates his dad, Pastor Taiwo Odukoya, who led worship session in church this morning, days after losing his wife pastor Nomthi 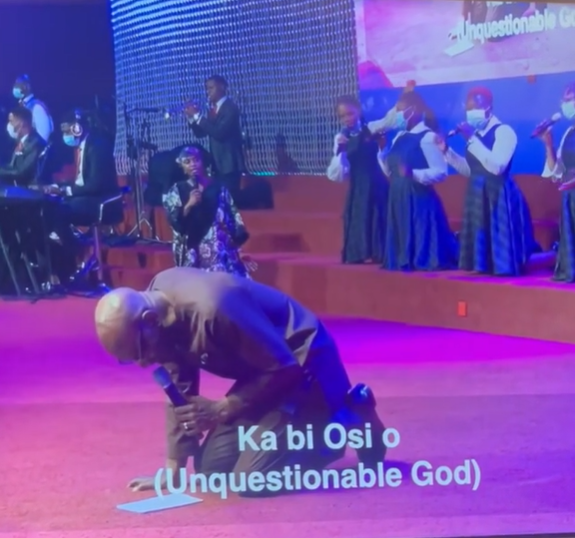 Nomthi who was also a Minister at the Fountain of Life Church in Lagos died on Tuesday, November 9, after a 2-year battle with cancer. In his post, Jimmy celebrated his father’s perseverance through disappointment and his unwavering love for God. He added that the battles his father has fought having lost two wives to death would break a lesser man.

”I sit here and marvel at the man my father @pastortaiwo is, He lost his wife @pastornomthi on Tuesday ; (2nd wife he would loose to death ) and here He is worshipping on stage in church on Sunday leading the church to worship; What manner of man is this ? His Strength in the midst of pain; His Courage in the face of fear; His Faith in a sea of doubt; His Perseverance through disappointment; His Wisdom amidst chaos; His Dedication beyond personal loss; His Unwavering Love for God bypassing his present reality are what legends are made of !! The battles He has fought would break a lesser man

I am FULLY PERSUADED that the very breath of God flows through him and that is what continues to strengthen him. Ah Pastor Taiwo Odukoya!! NA MAN YOU BE !!! What an honour to come from your loins and carry your last name! What a privilege to be your son! What an advantage to have your DNA !! To a General in God’s Army; Your battle scars sing of your victories ! I salute you Sir! No son could have a better Father!!”

Watch the video he posted below