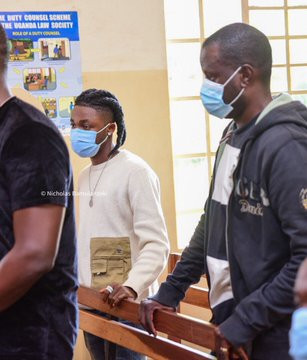 Nigerian singers, Omah Lay and Tems were arraigned before the Makindye Division court today for flouting COVID-19 guidelines in Uganda.

The fast-rising stars were on Sunday December 13, arrested together with their managers and  four other Ugandans for holding an illegal concert at Ddungu resort in Munyonyo where they gathered big crowds, contrary to President Museveni’s directives on the prevention of the spread of Covid-19.

They were charged with doing “acts that are likely to cause the spread of infectious disease, Covid-19,” according to Assistant Superintendent of Police and Deputy Police Spokesperson, Luk Owoyesigyire, Kampala Metropolitan Police.

They were remanded in Luzira prison till Wednesday, December 16. 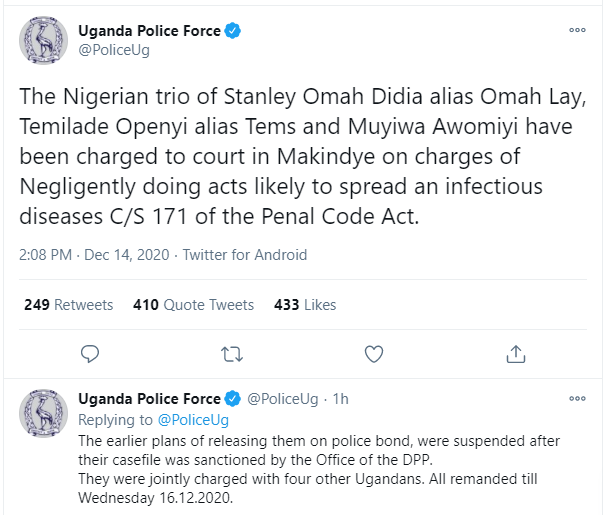 In a series of tweets after his arraignment, Omah Lay questioned why he wasn’t given a right to a fair hearing in court. He also claimed that the Ministry of Foreign Affairs in Nigeria has been trying to secure their release but the Ugandan officials have refused to speak with them.

Earlier in March, Museveni banned all music concerts, closed down bars, banned fans at all sporting events, and reduced the number of people who could attend church services.

Bobrisky tells Tunde Ednut “Your time is up”